“I was restricted from using a computer until the age of 18.” 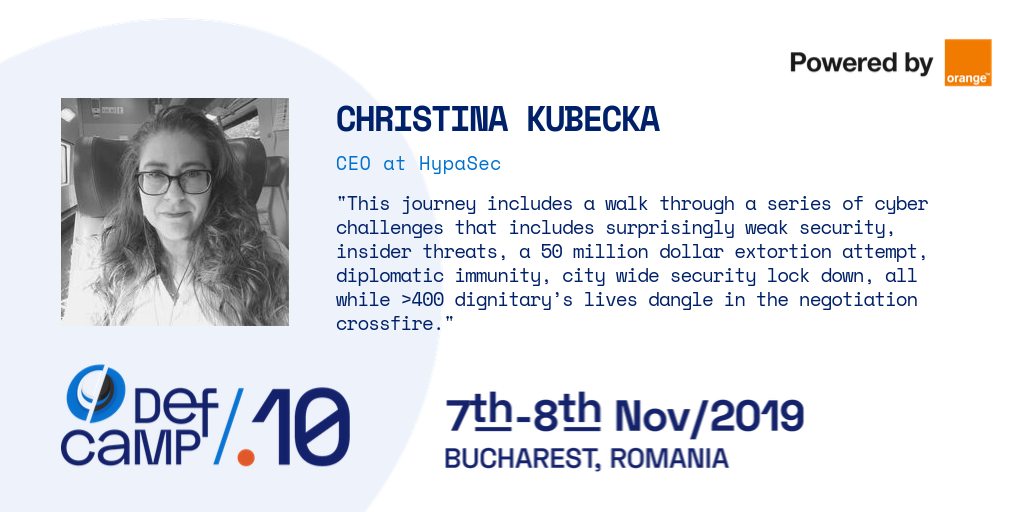 There was no money for a babysitter, so I joined her [my mom] at work.

Watching her mother advance from a data operator to a robotics assembly manufacturing programmer to becoming an expert, speaker, and trainer gave Christina Kubecka a chance to be incredibly close to tech from an early age.

That’s how she learned basic computer skills by the age of 6.

I was addicted completely to technology at that point.

At age 10, she discovered a couple of weak systems, which turned out to belong to the US Department of Justice.

I was restricted from using a computer until the age of 18.

After graduation, the lack of funds for college turned Chris to the military, where she flew in combat and humanitarian missions.

I set up the first file server system for our flying squadron, installed antivirus and so forth.

And that’s not even the half of it, if you can believe it!

From there on, Christina also:

In 2012, Chris pulled off one of the greatest cybersecurity operations of all time!

She came in and helped Saudi Aramco secure their network of over 35,000 endpoints that was taken offline by the “Shamoon logic bomb”, the most devastating cyberattack to EVER hit a company.

What is Saudi Aramco?

Saudi Aramco produces 25% of the global oil so when the attack forced them to go offline, it created a huge risk for a worldwide crisis in oil prices and the ability to keep the lights on for people around the world! Chris’ work averted a global crisis.

By now you already know that Christina is beyond impressive. She’s brilliant and approachable, insanely skilled and so fun to be around!

That’s why we are SO excited to have her at DefCamp this year!

Christina’s talk at DefCamp this year will be nothing short of fascinating!

James Bond has *nothing* on her. Here’s a snippet:

Ever wonder what incident management is like when an embassy gets hacked by ISIS?

Come on a journey that includes international threat actors, a state sponsored intelligence agency, and a foreign sovereign embassy.

This journey includes a walk through a series of cyber challenges that includes:

PS: Want to find out more about Christina?

Listen to the Darknet Diaries podcast ep. 30 which is all about the Saudi Aramco operation, watch her talk from Black Hat 2015 on the topic, or read this read this interview about her life and experiences so far.

This year, we’re taking DefCamp to the next level with the help of our main, long-time partner, Orange. With support from IXIA – a Keysight Business, Secureworks, UiPath, Bit Sentinel, Thales, and other selected tech companies that value the power of community, we’re building valuable, hands-on learning experiences for 2000+ attendees from all over the world! Join us to educate, secure, and change the world! 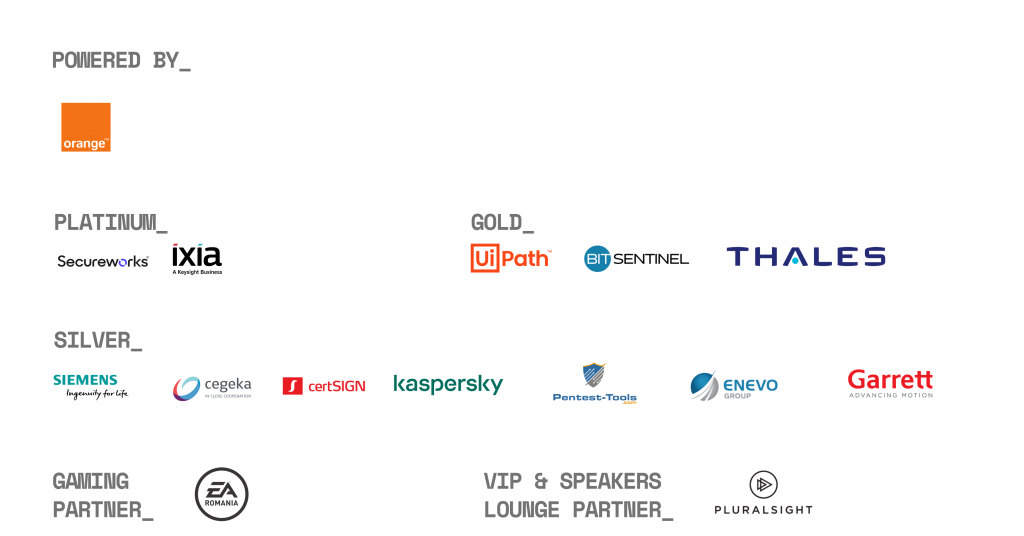 From DEF CON to Black Hat to National Geographic ..
What it’s like to be a DefCamp volunteer ..