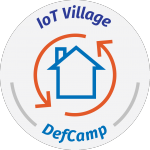 IOT Village is designed to have a practical approach towards device hacking allowing the participants to win the gadgets they actually hack into. There is a wide range of devices like routers, webcams etc. available to be played with during DefCamp. But beware! You will not be the only one trying …let’s see how you can handle the pressure! So, if you’d like to discover and test some devices in order to see how secure they are and what are the limits you can break, this is going to be a contest you don’t want to miss.

Hacking Village is proudly supported by Beyond Security. DefCamp it’s the most important conference on Hacking & Information Security in Central Eastern Europe, bringing hands-on talks about the latest research and practices from the INFOSEC field. Since 2011 is gathering under the same roof decision makers, security specialists, entrepreneurs and developers.
The main sponsor for DefCamp 2016 is Orange Romania who is also the Internet provider of the event. DefCamp is also supported by Bitdefender as Gold Sponsor, SecureWorks, Ixia, Enevo Group, Bit Sentinel as Silver Sponsors.